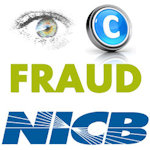 NICB was formed in 1992 from a merger between the National Automobile Theft Bureau (NATB) and the Insurance Crime Prevention Institute (ICPI). Both were not-for-profit organizations. The NATB managed vehicle theft investigations and developed vehicle theft databases for use by the insurance industry beginning in the early 20th century. The ICPI investigated insurance fraud for approximately 20 years before joining with the NATB to form the present National Insurance Crime Bureau. [ Read More ]

Keeping damaged cars out of the hands of unsuspecting buyers is a major focus of the industry. Unfortunately, some of the flooded vehicles may be purchased at bargain prices, cleaned up, and then taken out of state where the VIN is switched and the car is retitled with no indication it has been damaged.

Most of all, NICB warns that buyers be particularly careful in the coming weeks and months as thousands of Harvey-damaged vehicles may reappear for sale in their areas. Vehicles that were not insured may be cleaned up and put up for sale by the owner or an unscrupulous dealer with no disclosure of the flood damage.

Most noteworthy, buyers should have a vehicle checked by a reputable mechanic or repair facility before handing over any cash.

About the National Insurance Crime Bureau: Headquartered in Des Plaines, Ill., the NICB is the nation’s leading not-for-profit organization exclusively dedicated to preventing, detecting and defeating insurance fraud and vehicle theft through data analytics, investigations, training, legislative advocacy and public awareness. The NICB is supported by more than 1,100 property and casualty insurance companies and self-insured organizations. NICB member companies wrote over $436 billion in insurance premiums in 2016, or more than 79 percent of the nation’s property/casualty insurance. That includes more than 94 percent ($202 billion) of the nation’s personal auto insurance. To learn more visit www.nicb.org.